Chris has been president of the Flora Board since its inception in 2001. He retired in 2019 as chief biologist with the Virginia Natural Heritage Program, a post he had held since 1998 in which he led a multidisciplinary team of biologists who identified and conserved Virginia’s rare species and significant vegetation communities. From 1988 to 1998 he was Heritage staff botanist. In addition to being Flora President, Ludwig is a coauthor of the Flora of Virginia and was executive director of the Project from 2001 through July 2014. (Photo: Jolie Harrison) 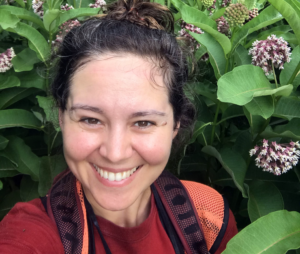 Caitie is an environmental consultant who specializes in designing native pollinator–friendly habitats for solar facilities through the Virginia Pollinator-Smart Solar Program. She also performs rare, threatened, and endangered plant species surveys and wetland delineations. She has a B.A. degree in biology from St. Mary’s College of Maryland and an M.S. in biology from the College of William and Mary. She is an active member of the Virginia Native Plant Society and the Virginia Association of Wetland Professionals. 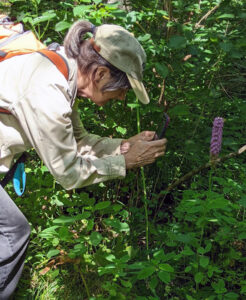 Sally is past president of the Virginia Native Plant Society, an office she held for nine years. She continues on the VNPS board as second vice president and serves on the board of the Piedmont Chapter. She has volunteered at the Nancy Larrick Crosby Native Plant Trail at Blandy Experimental Farm for many years and is a Virginia Master Naturalist. She often gives talks on the Flora and has been instrumental in the Flora Project’s education efforts, including the creation of its education modules. (Photo: Karen Hendershot) 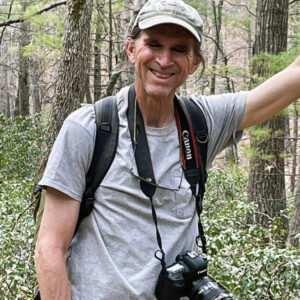 Irv has worked for the Virginia Department of Conservation and Recreation for most of the past 40 years, in the 1980s with a focus on natural history interpretation in Virginia State Parks and since the late 1990s doing land protection and conservation planning for the Virginia Natural Heritage Program. He developed enthusiasm for plant identification while studying biology at Davidson College and explored plant physiological ecology while earning a master’s degree in biology at Virginia Common­wealth University. When the Flora of Virginia was being born, he joined a cast of many who shared ideas, reviewed materials, and contributed photographs. In his approaching retirement, he hopes to complete a photographic herbarium of Indian Springs Farm, the family property on the Chickahominy swamp where he has spent most of his days. (Photo: Lynn P. Wilson) 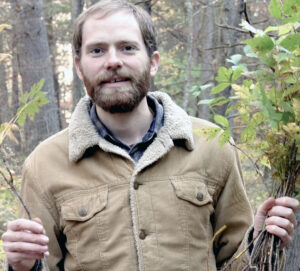 Ryan is an associate professor of biology and the herbarium curator at the University of Virginia’s College at Wise. In light of his background in field botany and sociocultural anthropology, his research interests incorporate an interdisciplinary approach to addressing basic and applied questions in ethnobotany, ecology, and plant conservation. His efforts are coupled with cultural conservation and community development, using plants as a common thread. His research topics include Appalachian ethnobotany and forest farming of native medicinal and edible plants. He and his family are stewards of Appalachian Cove Forest Farm and Homestead, where they practice various agroforestry principles. (Photo: Katie Huish) 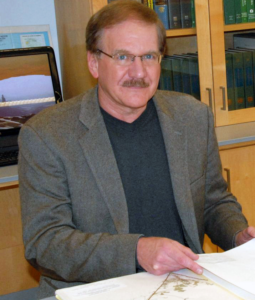 Conley is a professor of biology at James Madison University and director of the JMU Herbarium. His classes and research focus on the systematics, pollination biology, floristics, and conservation of plants in the eastern United States and the Galápagos Islands. He has served both the Southern Appalachian Botanical Society and the Virginia Academy of Science as president, the Association of Southeastern Biologists as secretary, and the Society of Herbarium Curators as editor of The Vasculum. He is an honorary research associate of the Brooklyn Botanic Garden, a member of the science advisory board of Galápagos Conservancy, and an elected governing member of the Charles Darwin Foundation. He is an elected fellow of the Virginia Academy of Science and the Linnean Society of London, and he is a leader at the West Virginia Wildflower Pilgrimage. 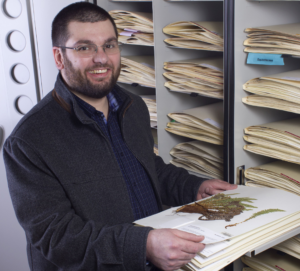 Jordan is the curator of Virginia Tech’s Massey Herbarium. He received his B.S. in biology from Cornell University and earned his Ph.D. from the University of Alaska Fairbanks for his dissertation on the evolution of the parsley ferns (genus Cryptogramma). His work at the Massey Herbarium involves researching the ecology and distribution of various ferns and other southeastern U.S. plants. He also runs an active outreach program, sharing with the community his botanical knowledge and enthusiasm for natural history. He became entranced by ferns when an undergraduate and pursued a career in botany to further that passion. His favorite plant is the Walking Fern (Asplenium rhizophyllum). (Photo: Jake Sirevaag) 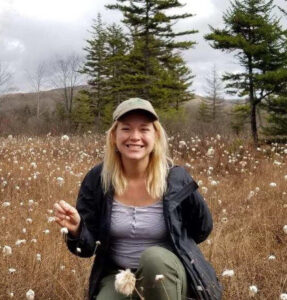 Ashley works for the Capital Region Land Conservancy as a land conservation specialist in Richmond and runs her own business, Moulton Hot Natives. For her master’s degree at Virginia Commonwealth University, she worked on one of the National Science Foundation’s Long-Term Ecological Research study sites on the Virginia Coastal Reserve, studying how increased nutrient availability (expected with climate change) alters plant-community composition in a coastal grassland. As an undergraduate, she studied wetland seed-bank dynamics from seed collected at the VCU Rice Rivers Center. She serves on the board of directors of the Virginia Native Plant Society and is secretary of its Pocahontas Chapter. (Photo: Max Schlickenmeyer) 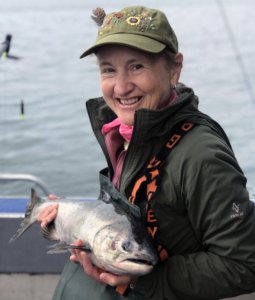 Ann is communications manager with the Virginia Department of Environmental Quality. She was formerly director of Virginia environmental education with DEQ and is a former board member of the Virginia Native Plant Society and founder of its Jefferson Chapter. In 2002, the Chesapeake Bay Founda­tion named Regn Environmental Educator of the Year. She is chair of the Flora Project’s education and outreach committee and comanaged creation of the Flora Project’s series of education modules. (Photo: Pete Ziminski) 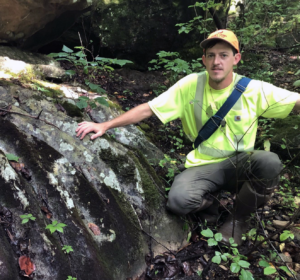 Joey is an environmental scientist at the engineering firm VHB. He was born and raised in Richmond, where he now lives. He has been a naturalist for as long as he can remember and has developed a specialty in field botany, which he has practiced at VHB since 2017. He received biology degrees from the College of William and Mary and Virginia Commonwealth University. He takes every opportunity to assist with work related to native plants. He is the education chair of the board of directors of the Virginia Native Plant Society, a teacher at Lewis Ginter Botanical Garden, coauthor of several recent botanical publications, and a volunteer for individuals and organizations that seek botanical input on local projects. (Photo: Clay Robertson) 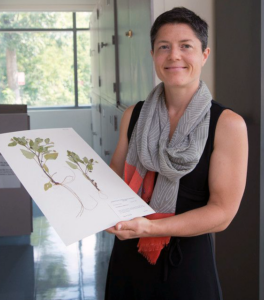 Andrea is a professor of botany at George Mason University and director of its Ted Bradley Herbarium, in Fairfax. At Mason she teaches undergraduate courses in plant biology and conducts research in angiosperm systematics. Since 2014 she has led a National Science Foundation–funded initiative to digitize Virginia herbaria, which has made more than a quarter million herbarium specimens discoverable through the SERNEC (SouthEast Regional Network of Expertise and Collections) Symbiota portal. She is a past president of the Society of Herbarium Curators and a member of the Virginia Botanical Associates, which operates the Digital Atlas of the Virginia Flora. During 2017–2019, she served as a program officer for NSF’s systematics and biodiversity science cluster. (Photo: Evan Cantwell, GMU Creative Services) 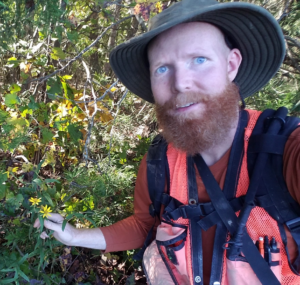 Eli is an environmental consultant working as a professional wetland scientist and a certified professional wetland delineator. He has a master’s degree in environmental science from Christopher Newport University, where his research focused on the success of planted trees on wetland-mitigation sites in the Virginia Piedmont. He is a project lead in wetland delineations, wetland permitting, and protected species assessments. Before his graduate studies, he worked as a horticulturist at the Norfolk Botanical Garden. He also serves on the executive board of the Virginia Association of Wetland Professionals.